Todays lesson was about prototypes. I always thought prototypes are a rather small piece in the field of design. Just put some cardboard together, show it to someone, get feedback and improve your design. But I was wrong once more. Prototypes can be so much more, there are categories like: low and high fidelity prototypes, functioning and non-functioning prototypes or even more specific according to Lichter: "presentation prototype", "prototype proper", "breadboard" and "pilot system". I like especially the last one because it shows easily an important fact about prototypes: Choose the right prototype for the right situation.

Lichter's four categories are the following:

Youn-Kyung Lim and Erik Stolterman improved this categorisation with the introduction to a framework in "the anatomy of prototypes". They suggested that a prototype can live in dimensions like:

Furthermore a prototype can be defined in "Material" (which physical media is used to build the prototype), "Resolution" (low vs. high fidelity prototype) and Scope (Which range of the final product is built as a prototype)

With these characteristics in mind it is easier to specify what our prototype should focus on. For example if I just want to test the navigation (data dimension) of my app it makes little sense to carve a wooden smartphone model, where I can insert different paper mock-ups of my navigation elements, for testing. There it would be sufficient to use the prototyping feature of Sketch. On the other hand if I want to test the readability (appearance dimension) of the information displayed a 1:1 prototype could make sense. Normally you want to test different aspects of your product. By first knowing what you want to test and with use of the framework above, the desired prototype slowly emerges in your head.

The two biggest enemies of prototypes are time and money. An other fact that can have impact on your choice of prototype is how easily the product can be altered after the final design. When designing software I would argue that it makes sense to spend less time on prototyping than when designing a car, because in my experience software changes anyway after its release.

The last thing I want to note about prototypes is that it does not always have to be a physical cardboard model. It can be as simple as a sketch and could become as complex as CAD models then printed out with a 3D printer. Also storyboard, role-plays and games can be a sort of prototype.
At the end a prototype is just an other way of thinking.

Why do we need prototypes and cybernetics?

Computers allow us to make simple relationships infinitely more complex. For example if you put a computer between a switch and a light you can add thousands of new virtual layers and conditions.

As described in my last post, we tend to put a chip in every new product developed. Everything has to be smart. On the downside things become more and more intransparent and more difficult to understand for the user. Therefore testing with prototypes is crucial.

We also discussed if cybernetics could help us in our design process. I am still a bit confused, what that would mean for us, because I see prototyping as the method of us humans applying the system of cybernetics. If our product could steer itself to the goal, it wouldn't need us?

I do not want to hold back this nice illustration by Dan O’Sullivan and Tom Igoe’s of "how computer sees us". It made me smile and thoughtful on how we can enhance our interaction with computers. 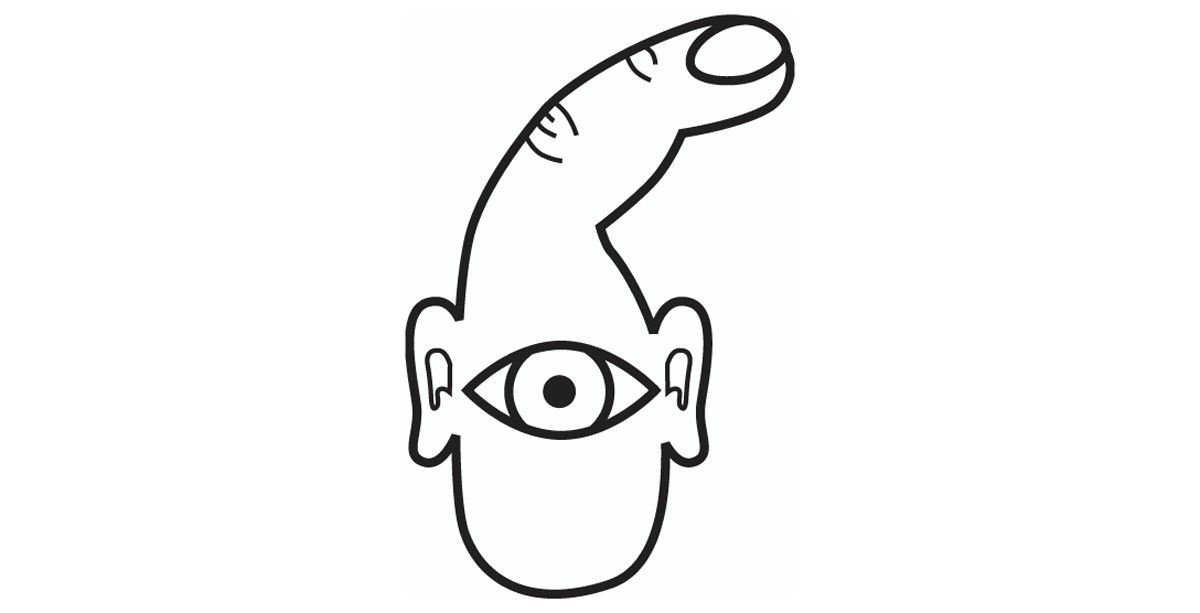 Also the new term IA (Intelligence Amplified) which means enhancing the human capabilities instead of try to replace them with artificial intelligence (AI).